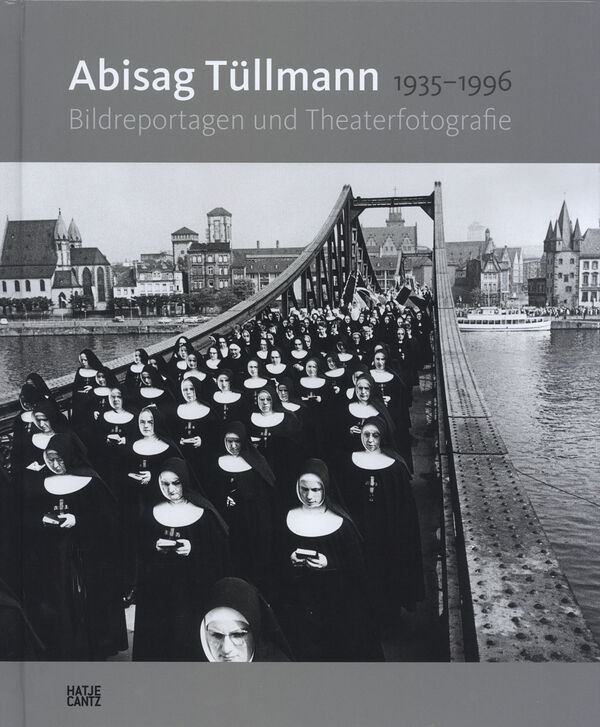 304 pages, 25.4 x 30.7 cm , 2025 g.
Abisag Tüllmann | Hatje Cantz
Abisag Tüllmann 1935-1996
Bildreportagen und Theaterfotografie
€29.80
Including VAT, plus Shipping
Transit time: 2 to 6 business days (worldwide)
Add to cart    Add to wishlist
As a photojournalist, Abisag Tüllmann (1935–1996) was deeply involved in observing the political and social developments of her time, yet she was at the same time also one of the most important German theater photographers.

After her brilliant debut with Grossstadt, a photographic portrait of Frankfurt, Tüllmann turned to student unrest, citizens’ movements, and the art avant-garde of her day, capturing Daniel Cohn-Bendit, Joschka Fischer, Rudi Dutschke, and Joseph Beuys in images that have since become part of our collective image memory. She took her camera around the world, reporting on issues such as the conflict in the Middle East and the freedom movements in Africa. Tüllmann furthermore translated innovative stage work by Claus Peymann, Peter Stein, and Robert Wilson into independent visual worlds of their own. This publication features around three hundred pictures, the first representative cross-section of her astonishingly multifaceted oeuvre.