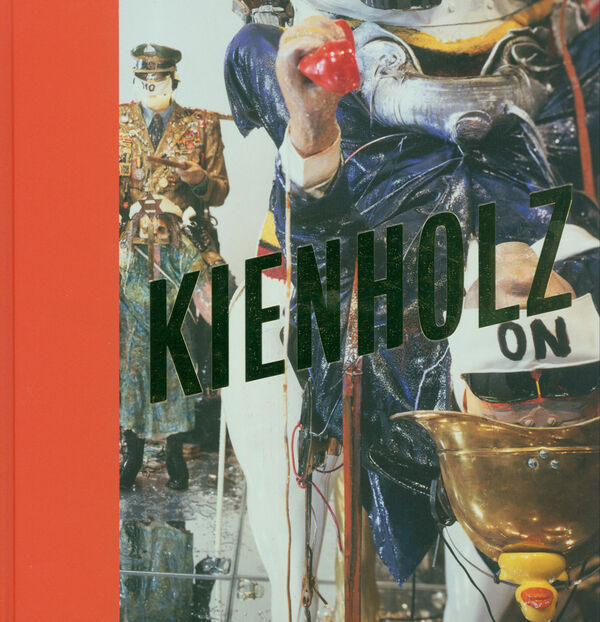 245 pages, 24.5 x 25.5 cm , 1478 g.
Edward Kienholz | Schirn Kunsthalle
Kienholz
Die Zeichen der Zeit | The Signs of the Times
Was €38.00 €18.00
Including VAT, plus Shipping
Transit time: 2 to 6 business days (worldwide)
Add to cart    Add to wishlist
Rebellious, provocative, and polarizing, the oeuvre associated with the name Kienholz has always caused quite a stir since its beginnings in the mid-1950s, first the works by Edward Kienholz (1927–1994) alone, then later, from 1972 on, the collaborative projects with his wife, Nancy Reddin Kienholz.

This is hardly astonishing, since religion, war, death, sex, and the more inscrutable sides of society and its social conflicts have always been at the center of their work. The publication offers a complex overview of the essence of their oeuvre, from the early small-format three-dimensional works by way of conceptual works to tableaux that fill an entire room.

The extensive, richly illustrated exhibition catalogue places particular attention on the visual documentation of how the works shown were created; large-format illustrations are supplemented by numerous photographs from Nancy Reddin Kienholz’s archive, some of which are being published for the first time. In addition to three scholarly essays and an interview with the artists, shorter texts provide an introduction to the main works in the exhibition.