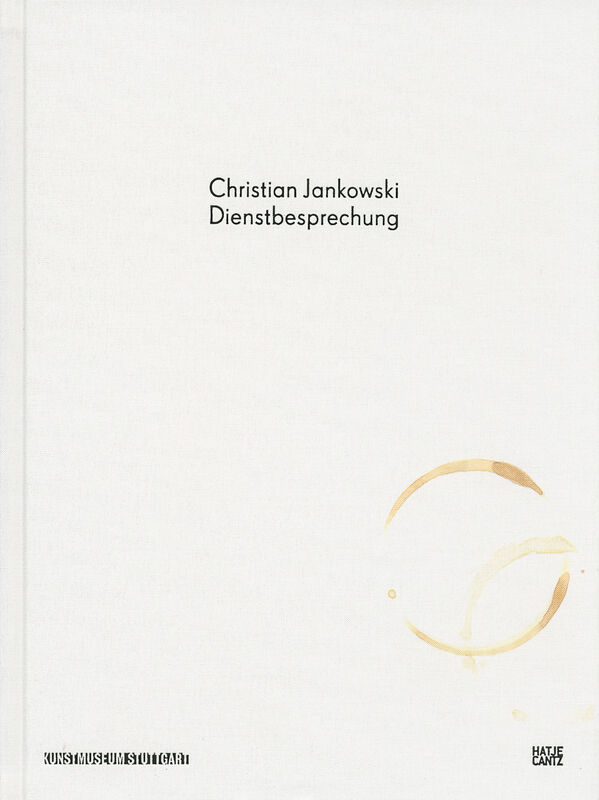 288 pages, 24 x 31.8 cm , 1719 g.
Christian Jankowski | Hatje Cantz
Christian Jankowski – Dienstbesprechung | Briefing
Was €39.80 €9.95
Including VAT, plus Shipping
Transit time: 2 to 6 business days (worldwide)
Add to cart    Add to wishlist
Christian Jankowski (born 1968) became known to a wider audience with Telemistica, his humorous contribution to the 1999 Venice Biennale in which he asked fortunetellers on Italian television to predict his success at the exhibition.

Whether hula-hooping in a museum, teleshopping at an art fair, or participating in a TV cooking show in a gallery, Jankowski lodges himself with sly humor in popular entertainment programs and the art business to subtly question the role of art and medial entertainment in our society.

This volume provides the first representative cross-section of Jankowski’s oeuvre. His best-known pieces, such as the film he produced in Hollywood entitled 16mm Mystery or The Day We Met, which was shot in a karaoke bar, are presented in addition to his most recent, previously unpublished works, including the video Kunstmarkt TV, made at the 2008 Art Cologne, and his video installation Briefing, created especially for the Kunstmuseum Stuttgart.