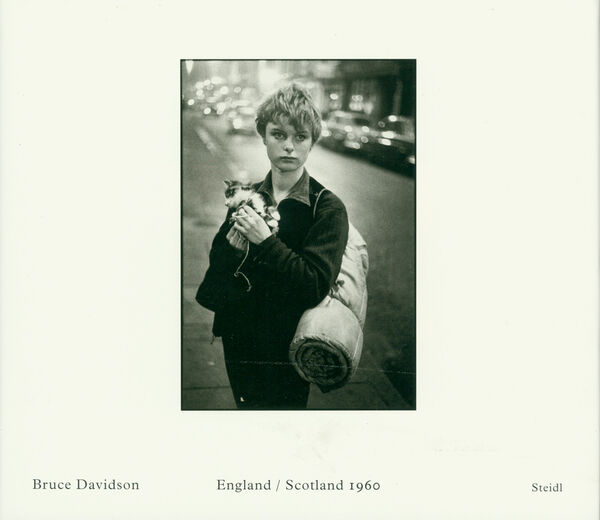 144 pages, 24.6 x 21.5 cm
Bruce Davidson | Steidl
Bruce Davidson – Before the Moment. England/Scotland 1960
€78.00
Including VAT, plus Shipping
Transit time: 2 to 6 business days (worldwide)
Add to cart    Add to wishlist
In 1960, after completing an intense year photographing a notorious Brooklyn street gang called “The Jokers”, Bruce Davidson decided that he needed to remove himself from the tension, depression, and potential violence connected to that work.

He was given an assignment to shoot Marilyn Monroe during the making of John Houston’s film "The Misfits" in the Nevada desert, and then travelled to London on a special commission for The Queen magazine. Edited by Jocelyn Stevens, The Queen was a magazine devoted to British life-style and Davidson was charged, with no specific agenda, to spend a couple of months touring England and Scotland to build a visual portrait of the two countries.

"England/Scotland 1960" offers a poetic insight into the very heart of English and Scottish cultures. Reflecting a post-war era in which the revolutions of the 1960s had hardly yet filtered into the mainstream, Davidson’s photographs reveal countries riven by difference – the extremes of city and country life, of the landed gentry and the common people – and lucidly portrays the mood of these times in a personal and provocative imagery that is as fresh today as it was in that time.