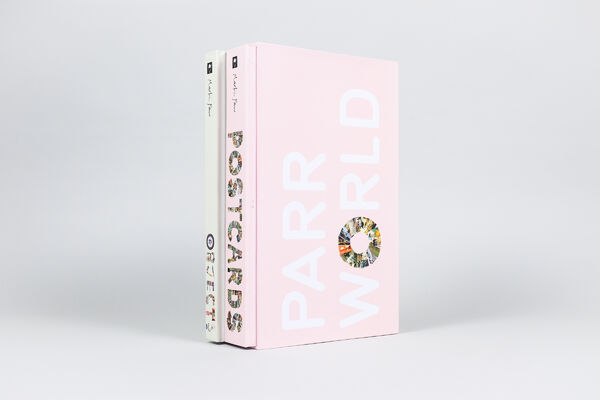 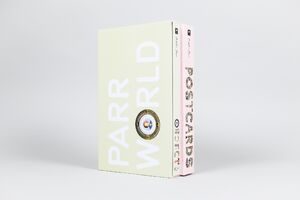 Martin Parr | Aperture
Martin Parr – Parrworld
Objects and Postcards
Was €75.00 €45.00
Including VAT, plus Shipping
Transit time: 2 to 6 business days (worldwide)
Add to cart    Add to wishlist
Martin Parr’s (born 1952) vast collections of photography books and postcards are world-renowned. Unbeknownst to many, he is also an obsessive collector of photographic and themed objects.

In Parrworld: Objects and Postcards, a luscious two-volume set, his procurement abilities are presented with appropriate thoroughness, and with typical Parr humor. Some of the items in Objects have already achieved notoriety—for instance, the wrist watches featuring Saddam Hussein’s visage. Others mythologize well-known figures such as Lenin and the Spice Girls. Then there is the kitsch: wallpaper, trays, and objects commemorating Sputnik, Chuck and Di’s wedding, and 9/11.

While Objects is the first publication to document his twenty-five-plus years of such collecting, Postcards is the “last word” on an extraordinary collection of over 20,000 cards. This highly entertaining, yet serious study of postcard history includes early cards that depict local news events such as car crashes and murders. The book finishes in Boring Postcards territory with a selection of cards promoting motorways and shopping.