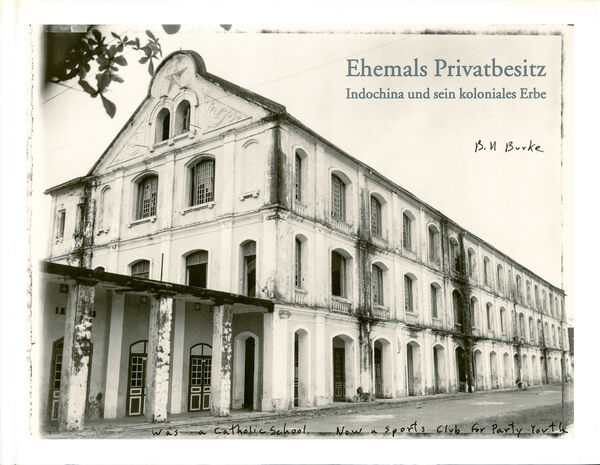 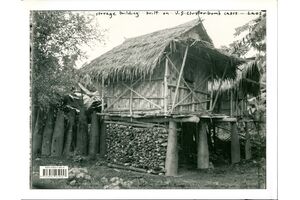 Bill Burke | Steidl
Bill Burke – Ehemals Privatbesitz
Indochina und sein koloniales Erbe
Was €35.00 €20.00
Including VAT, plus Shipping
Transit time: 2 to 6 business days (worldwide)
Add to cart    Add to wishlist
Photographer Bill Burke (born 1943) has taken annual trips to Indochina ever since he first traveled to Asia in 1982. Although he usually photographed the people, Burke became aware of how the architecture absorbed as much as reflected the region's history. Transfixed by buildings like the municipal offices built by the French in the 1860s, the vaulted railroad stations and post offices of the 1930s, and the art-deco fantasy cinemas of the 1960s, Burke saw the region as an architectural museum, rotting in the humidity and untouched by economic ambition, and began to trace the cultural changes in the area through its architecture.

The title means "once a private house," and refers to prevalent reappropriation of once private houses for municipal and government uses - Burke captures the dramatic history of the area, from the influence of French colonialism through the rise of communism and the devastating effects of the Vietnam War, to the repopulation of Cambodia after the fall of Pol Pot and the Khmer Rough and the opening of the area to capitalism. Burke's first entree into Indochina occurred during the period of Soviet control, a period of recovery that allowed for the the current explosion of capitalism, which has already begun to devaste an architectural heritage that was well preserved in the deep freez of socialism. What the B-52s and tank didn't destroy during the decades of war, developers from neighboring countries are busily replacing.