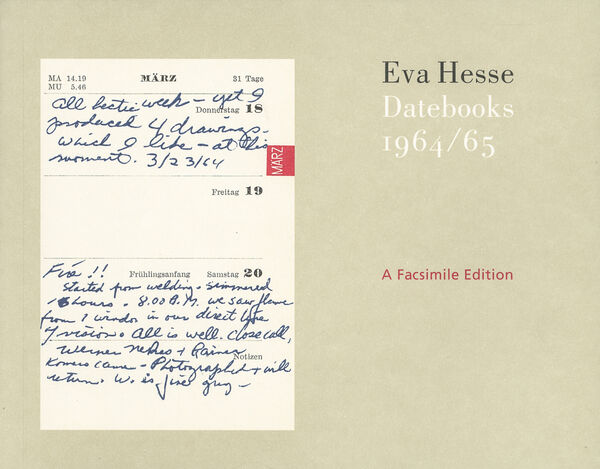 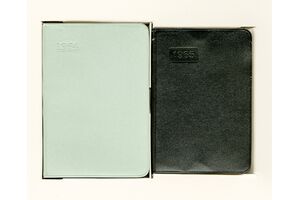 Yale University Press
Eva Hesse – Datebooks 1964/65
A Facsimile Edition
Was €55.00 €15.00
Including VAT, plus Shipping
Transit time: 2 to 6 business days (worldwide)
Add to cart    Add to wishlist
Eva Hesse's (1936-1975) visionary work has found approval primarly after her death. As one of the central female protagonists of 20th century art she was a pioneer in the field of object art: She designed her works from industrial manufactured products, that still have an aura of aloofness. The artist herself had a playful approach to her art.

In 1964/65, Eva Hesse (1936-1975) lived in Kettwig-on-the-Ruhr, Germany, at the invitation of a European art collector. During this time, as she did throughout most of her life, Hesse kept diaries and made extensive notations in datebook calendars.

These two datebooks, published for the first time as facsimile editions, are accompanied by a third volume that includes an essay on their significance in the artist's career as well as full transcriptions and annotations.